Autumn Budget 2017: what contractors and small businesses need to know

Chancellor Phillip Hammond has delivered the Autumn budget announcement for 2017 and introduced a number of changes that will affect contractors and small businesses.

The purpose of the Budget announcement is to deliver the financial and economic position of the UK, based on information by the Office for Budget Responsibility, which also present forecasts for spending plans in the year ahead.

On the whole, there were no major surprises for businesses, although the abolishment of stamp duty land tax (SDLT) for first-home buyers came as a surprise to many in the area of personal tax.

One of the key concerns in the lead up to the budget announcement was how the government would respond to Brexit.

While Mr Hammond stated this budget would be about “much more than Brexit”, it was clear that many of the actions being taken were to prepare the UK economy for its’ exit from the EU.

The most obvious example of this was the promise that £3 billion would be set aside over the next two years to prepare the UK for a smooth exit from the EU.

In the lead up to the announcement, there were rumours of IR35 being extended to the private sector and the VAT threshold for small businesses being lowered.

No changes were announced for these items in the Budget announcement, with the IR35 extension moving into consultation and confirmation being provided that the VAT threshold will remain at £85,000 for two years.

The announcement of most interest to first-home buyers would no doubt have been the abolishment of stamp duty for properties with a value of up to £300,000. This has taken immediate effect and means 80% of first-time buyers will not have to pay stamp duty.

In addition to this, the chancellor announced the government would build 300,000 homes a year by the mid-2020s, investing a further £44 billion to boost construction.

The headline announcement for business tax was a crackdown on offshore tax avoidance, however, the news about company vehicles is likely to be most relevant to contractors and small businesses.

The chancellor announced Vehicle excise duty for cars, vans and motorcycles registered before April 2017 is to rise by inflation. Higher excise duty will apply for purchases of new diesel cars to pay for the “clean air fund”, however, no plans were announced to increase duty for vans.

While drivers of smaller diesel cars will only see a small increase, those operating cars with higher emissions may have to pay up to £500 more each year, as the table below illustrates.

The announcement also clearly signalled the government’s intention to move to more efficient modes of transport, with £540 million being allocated to support the growth of the electric vehicle industry, including the provision of more charging points throughout the country.

In addition to this, £100 million in subsidies has been allocated to encourage consumers to purchase electric vehicles.

The key points for contractors and small businesses to be mindful of from this Autumn budget include:

While these announcements may not immediately affect contractors and small businesses, we will continue to keep you informed of how these changes will impact you and how you can make the most tax-efficient decisions for your limited company. 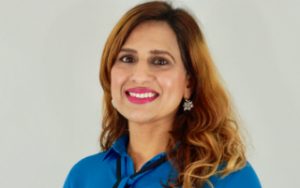